As we step up and make our voices count by voting, I encourage you to make yourselves heard about insurance reform for autism as well. Paul Terdal has worked tirelessly to keep Oregon families updated on autism insurance reform at this site.

The state of Washington is going through major transformation as the Washington Supreme Court ruled that Regence pay for neurodevelopmental therapies (speech, occupational, and physical therapy) as a treatment for autism, without age limits. Regence had been providing coverage, but imposed an age limit of 6 beyond which coverage was denied whether medically necessary or not. View the official ruling here.

Unfortunately, this settlement with Regence applies to Washington only – in Oregon, Regence continues to issue denials of ABA, despite the Insurance Commissioner’s statements and draft bulletins declaring this to be illegal. The state of Oregon’s Judge Simon reached a similar conclusion with Oregon’s Mental Health Parity in AF v Providence case.  As Oregon continues to work on this issue, you can find bulletins here. Please stay tuned for calls to action as we unite to obtain coverage for autism in Oregon.

Thank you for your support, families. 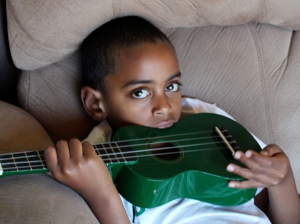 Today I want to introduce you to Graham. Although Graham is a child of many gifts, one of his most immediately apparent to me was his ability to regurgitate a script of something he watched on television or youtube. Sometimes I refer to someone with this skill as a scripter. So what happens when you put a scripter in front of a mirror with a microphone?

Graham definitely seized the opportunity to act out the characters from one of his favorite shows. But then he surprised me by turning the experience into an interview. He held the microphone and I said my name, then he took the microphone and repeated me. Then I said, “Hello, Graham,” and he repeated that. Then finally, “My name is Angie,” followed by Graham saying, “My name is Graham!” In this video, you can see snippets of that followed by Graham singing the next phrase of The Balloon Song.

If you have the chance to plant your child in front of a mirror with a microphone, see what happens. Try to guide an interview type feel – going back and forth with the microphone and transforming the scripting into dialogue with turn taking. 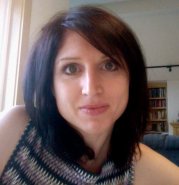